About-Us
The Village Idiots are an improv comedy troupe comprised of local Rochester, NY talent. They stay busy all year long by:
Our Story, Our Travels 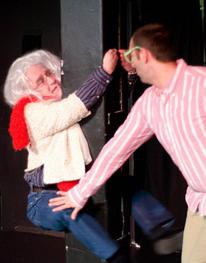 The VIP Studio was our original home, initially located on the third floor of Village Gate. It was a cozy studio where all the magic began.
After a space on the first floor opened up, we migrated to what would become our longest-lasting venue to date, The Pillar Theater. It was called the Pillar Theater because we signed the lease before realizing that there was a giant, unmovable  pillar in the middle of the stage. As evidenced to the left, that poor pillar received its fair share of molestation. 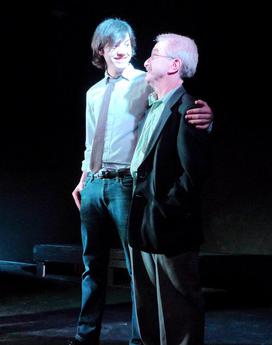 The Village Idiots are currently looking for a new venue to hold our weekly shows. We currently hold rehearsals and classes at Greenovation, 1199 East Main Street, Rochester, NY 14609. 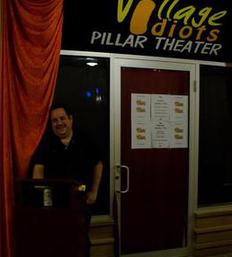 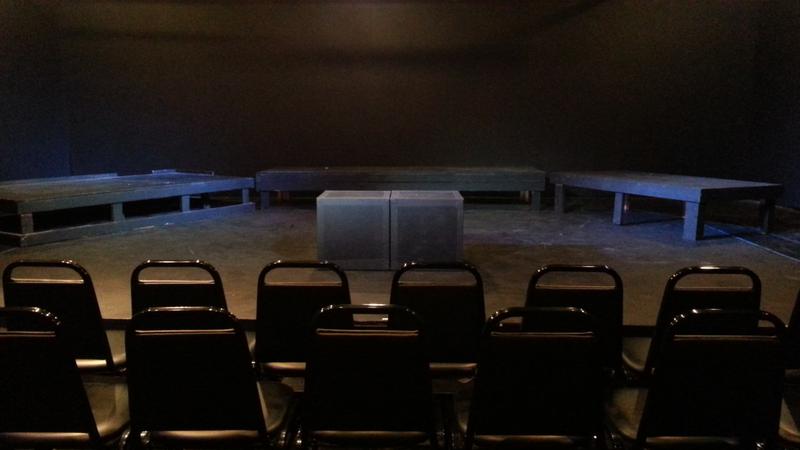 The Venue
Street parking is free after 6pm on weekdays, and every weekend and holidays. Additionally, there is a parking lot with over 100 spots to the immediate right of the building. In this lot, parking is free after 5pm on weekdays and all day on weekends for patrons of the Bread & Water Theatre.
Parking
By the end of 2013, however, due to reasons beyond our control, we moved out of that location and moved into a similar one on the 2nd floor of Village Gate which was a short-lived adventure we called The Upstage Theater. While further problems with our landlord persisted, we bid adieu to Village Gate and tried different venues and rehearsal spaces until...
We became artists in residence at the Bread & Water Theatre ​company for a brief time, but now we are currently holding rehearsal and classes at Greenovation, 1199 East Main Street, Rochester, NY 14609.
1